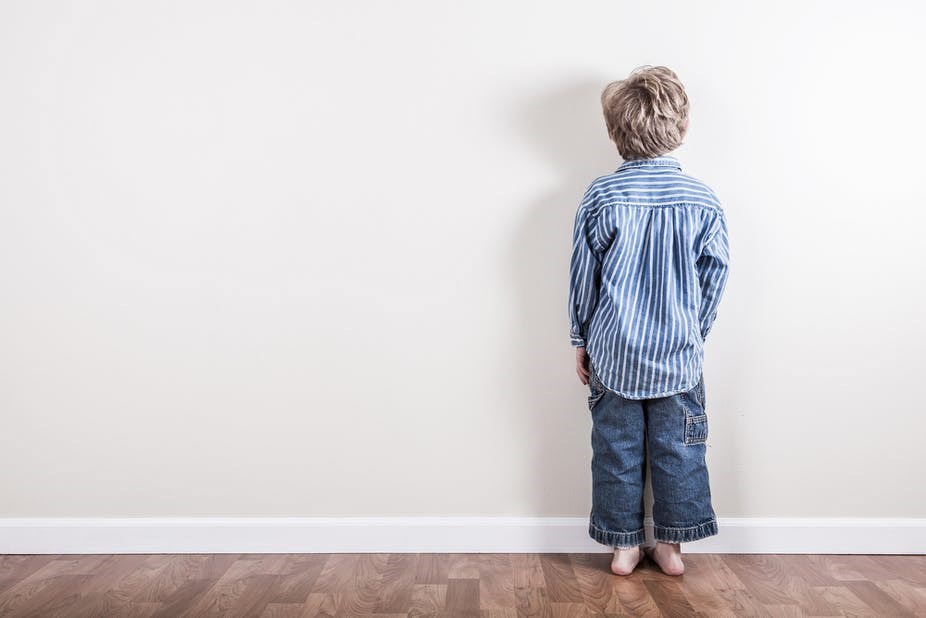 Graham Chatterley, SEMH school leader – has kindly provided this guest post which explores why punitive consequences can do more harm than good for our children and young people.

Consider this – we live in a society where (provided that a judge and jury can be given context and convinced that the risk was significant enough and you were acting in self-defence), you can kill someone and not be given a punishment. Why, therefore, are children who react with aggression when they perceive the same level of threat given punitive punishments for far lesser actions without the same application of context and understanding?

Why is it that our adult, non-traumatised, fully developed brains get to decide how threatened and scared that child was in that moment? We take our own perceptions and our own logic as fact and dismiss that child’s feelings because we see the level of risk through different eyes.

We – the people who haven’t experienced the violence or fear or loss – are judge and jury. Vital things like context, the child’s ability to self-regulate and the genuine perception of threat don’t get a look-in.

Why is it that the law takes everything into account and sometimes considers self-defence a reasonable and necessary response, but schools do not do the same?

I believe there are 3 reasons:

Just because a threat isn’t deemed as serious by us does not mean it wasn’t very real for the child. We see a child refusing to work because they are oppositional. The child may see the work as something they will get wrong – when they get it wrong people will laugh at them and reject them – everyone rejects them they are going to end up alone – being alone is unsafe and they can’t protect themselves – somebody will hurt or kill them! You may read that and think it’s ridiculous – how can being asked to work end in death! That is because your logical brain works. For a large number of children theirs doesn’t work as it should and in some cases not at all.

At a time when exclusions and off-rolling are the hottest topic in education, isn’t it time to try a different approach? We know more now than we ever have about the human brain, more about what causes aggression and more about the facts and figures relating to how many prisoners in the criminal justice system have had adverse life experiences that led them to where they are. Yet we are still punishing behavioural mistakes rather than teaching a better way. Continuing a cycle rather than breaking it.

Before things go to court in the real world, hours and hours of evidence building takes place to understand everything about a situation. The picture is painted by numerous different people from numerous different vantage points in order to create a bigger picture and make it fair. Motive plays a huge role in the decision making process and the outcome.

In schools, although the investigation may well take place, the consequence is usually based on the action rather than the motivation. Therefore, the child who smashed the window because they were scared and lashed out often gets a more extreme consequence than the person who scratched ‘Mr ______ is a w$£$%r’ into it. Even though one is completely out of the child’s control and they were hijacked by fear and the other was a thought out retaliation because they were annoyed with the teacher. This is because we focus on the what, instead of the why.

It should be the other way round and we must have completely different approaches if we are going to help the children get “better”. The question that needs to be answered is; what is more important – our compensation or the child?

Are we helping the adults or the children?

No traumatised child has learned to self-regulate, manage their aggressive outbursts or been made to feel safer by being given punitive consequences. Even when we know they couldn’t help it, even when we know it will only add to the feelings of shame, even when we know they were responding in self-defence; we still punish! We punish because of statements like; ‘They can’t be given special treatment!’, ‘They wouldn’t get away with it outside of school!’, and ‘The other kids need to see that that kind of behaviour is unacceptable!’

All of these statements are used every day in every school and none of them are true!

None of them have the child’s best interests at heart.

None of them do anything to help that child.

For this traumatised child, making them feel that they are bad, that they are going to end up in trouble with police and getting their peers to look down on them only furthers their belief that they don’t belong. This then serves only to further entrench their negativity and shame. We encourage them to ‘manage’ outbursts to avoid punitive consequences without helping them manage their feelings. To avoid the punitive consequence the child buries the feelings and finds survival strategies to get them through the day. However, suppressing emotions isn’t a good thing – although the display of negative emotions goes down – so do the positive ones and any opportunity for that child to be happy. Or worse – that child can’t let their anger out so it can only go one way… They start to hurt themselves, turn to an escape like addiction or worse – attempt suicide. It may seem like scaremongering but if we look deeply enough at the issue, we can see that this is real, and happening every day. The examples at our provision are the extreme but to some degree this affects children in every school in the country.

What these statements do achieve, just as the punishments do – is appeasing staff. I know it’s never nice to be on the receiving end of aggressive behaviour but we may be the last hope for these children who have been let down by every adult in their life. If we cannot put their needs ahead of our own then the cycle will never be broken.

In my experience, children are far more open to individual consequences than adults, as long as they are given an explanation.

Aggression isn’t always a result of trauma and this is why the responses we give to aggressive behaviour must be analysed and the motivation taken into account. If we do that, the action that we take will be designed to improve the situation rather than make adults feel better. Our brains are designed to complete the story and strive for closure – we get a healthy shot of dopamine whenever we do this and therefore the temptation to resolve things quickly is human nature. However if we do this without the facts and make assumptions, we risk getting it wrong and potentially doing more harm than good.

Whenever you research types of aggression on the internet it splits it into things like; physical/verbal or acting in/acting out with lots of different theories to back it all up. However in my experience there are 3 main types; Uncontrolled, overwhelmed and controlled. I also believe that only one of these benefits from punitive consequences.

Uncontrolled aggression is motivated by the reptilian brain. It is about responding instinctively to fear. It is the body’s self defence system – and the child has no control over it. Any time the child perceives threat, it is literally seen as life or death for them. Just because we have a different perception, it is no less real for the child. We cannot apply our logic or beliefs from our place of non-traumatic safety because our defence systems work as they should. If by no fault of their own that child has no reasoning skills because of a massively underdeveloped thinking part of the brain, then should we expect the same logic of thought as everyone else? (Closest legal example – Self – defence)

Overwhelmed aggression is motivated by the limbic part of the brain and is an emotional response. Children who have poor emotional resilience will become easily overwhelmed by the feelings they have and it will often spill over into aggression. The starting point is often low self-esteem, which becomes frustration – which leads to anger (with any number of feelings in between). We have all got to that point, where we know our bucket is full or our sponge needs wringing out and we all have our own ways to deal with it. Some people go to the gym, others might enjoy music or art – and for many of us, it’s going for a coffee with a trusted adult and having a bloody good rant! We as schools must offer these things – and to their credit, many do. (Closest legal example – Crime of passion)

Controlled aggression is when there has been time to think and time to calm. When it has been a choice not to use strategies and the motivation is retaliation or outrage. Something may happen early in the day and the child waits before reacting. Often followed by very little remorse. (Closest legal example – Pre-meditated)

Identifying the type of aggression

Identifying which type of aggression being displayed can be difficult – and the lines can be blurry. A revenge attack hours later could be overwhelmed aggression from built up frustration, but it depends on whether opportunities to calm have been offered and also upon the child’s ability to regulate. It is a lot to work out and requires resources – but how many resources is this child already taking up with their behaviour cycle?

A child who is scared, doesn’t have a trustworthy adult in their life and has an inner shame/belief that they are bad, reacts with aggression. This is because they haven’t got the necessary self-control skills, don’t know how to seek help and don’t believe it will matter anyway. To shout at (increase fear), exclude (further reduce trust) or punish (confirmation they are bad) them therefore compounds the cycle and does not help the child to improve their behaviour. However, if the consequence is a calm conversation with the recipient of the aggressive action to understand how they have made them feel, more often than not the child will want to put it right and will often do so in a way that makes everyone feel better.

For a child who is overwhelmed, it is my belief the approach should be similar. A punitive consequence without explanation only adds to the negative feeling and does not help the child understand at which point they became overwhelmed. Unpicking and working out missed opportunities for managing early feelings allows for learning a better way. Again this child will usually want to put things right.

When a child has had the opportunity to calm down, decided against using pre-planned strategies and has then sought out revenge – then this is when we use the punitive consequence. Making a conscious choice to be aggressive as a show of domination or retaliation needs to be treated as it would in the real world where they wouldn’t have an adequate defence. In this circumstance, avoiding a punitive measure can empower this individual and lead to further aggression. However, it is still important to seek restoration and see the impact of actions – but if they chose the behaviour, there is less likely to be remorse.

Huge thanks to Graham Chatterley for providing such a thought-provoking article.

Are you looking for SEND staff or work?

If you're looking for a SEND teaching or support job in England or Wales, why not register with Axcis, the SEND recruitment specialists? Or perhaps you need to recruit staff for your school or provision? If so, why not take a look at the Axcis Website, or get in touch today to find out how we can help?